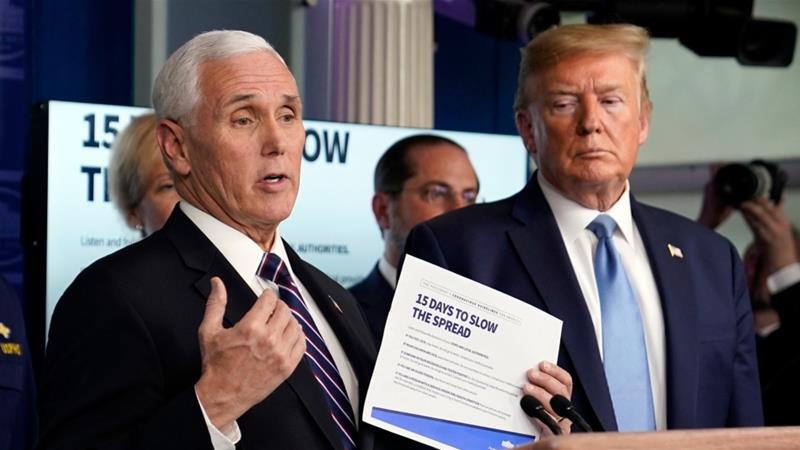 The media has been throwing a fit lately at President Trump for referring to the COVID-19 virus as the “Chinese Virus.” It is all faux outrage, as even CNN has referred to it by the same name. But in the name of division, the media has used the epidemic to push the narrative that Trump is racist.

“Spanish Flu. West Nile Virus. Zika. Ebola. All named for places. Before the media’s fake outrage, even CNN called it ‘Chinese Coronavirus.’ Those trying to divide us must stop rooting for America to fail and give Americans real info they need to get through the crisis.” tweeted the White House on twitter Wednesday.

Everything the White House noted was correct. The Spanish Flu, considered the last major world epidemic, was appropriately named after the 1918 influenza pandemic particularly affected the Spaniards. There is debate as to where it started, but many claim it started in Spain. So it was properly named the Spanish flu.

The West Nile Virus is carried by mosquitoes and first was reported in North America in 1999. It spreads the West Nile Fever, which can even cause death sometimes. The virus originated in Uganda from the West Nile River, hence the name.

Notice the pattern? Every major pandemic has been named after the place of its origin. And COVID-19 is no different. It started in Wuhan, China. By not shutting down illegal “wet markets” that caused the virus to originate, China let another virus outbreak happen in its own country.

And what did China do to address the Chinese Virus? They covered it up, and punished those who told the truth about it. The whistleblower doctor who called out the communist government for needing to do more about the outbreak was reprimanded and later died under suspicious circumstances!

So when President Trump calls it the Chinese Virus, he is 100% correct. If China never bears responsibility for the problems it creates, they will never be held accountable. Lindsey Graham defended the president’s comments about the virus, and has always had President Trump’s back.

The liberal media is exploiting this pandemic for political gain, if you’re proudly rooting for America to pull through this, sign the petition below!